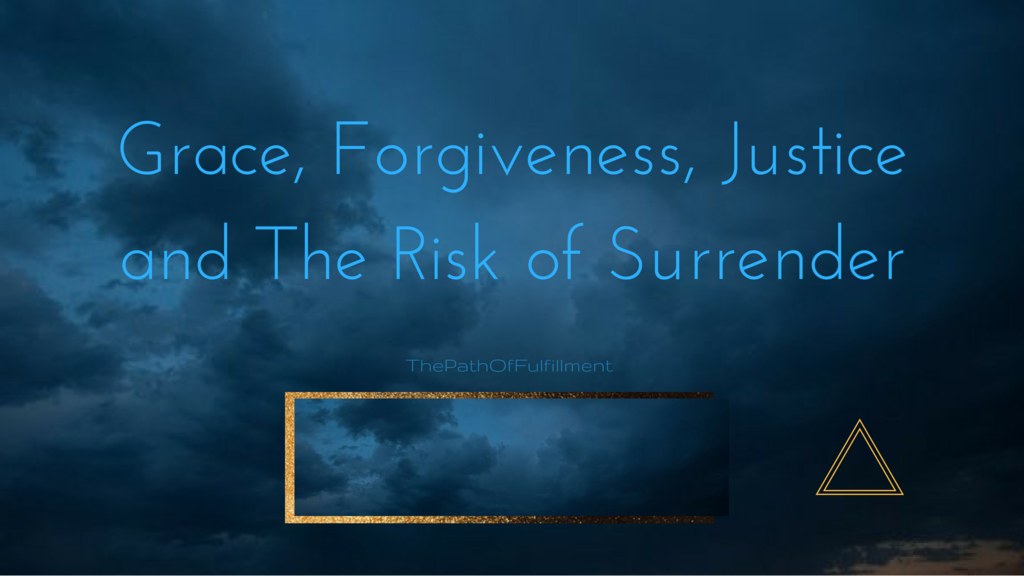 Grace is the only force in the universe powerful enough to break the chains that enslave generations. Grace alone melts ungrace.

What I have learned about forgiveness doesn’t come from my own experiences but from observing others. I value those lessons because like many people I had a problem to understand it and I was caught between forgiveness and justice.

I never had to forgive for big things, but being aware of injustices done to others, I was not willing to forgive in the name of those who were hurt. Even though I wasn’t even remotely involved.

But these are often the people who were hurt most, who teach us the most valuable lessons about forgiveness and transformation that comes from it. (I don’t want to romanticize them, don’t get me wrong)

So I realized: forgiveness is about spiritual work.

And justice is another thing altogether.

This book is still on my mind

I have a huge resistance to citing anything religious or even putting the word “god” in my blog.  But I can’t deny that sometimes my curiosity leads me to open “random” books, that happen to be religious and they actually illuminate for me – the outsider- something difficult. Whether the solution is temporary or not… I have not been able to find anything that would be better that this:

In 2015 I was in a village of Gaucin in Andalusia, sitting in a living room full of books, on a rainy afternoon. I reached for “that random book” “What’s so amazing about grace?” by Philip Yancey, I opened a random page and read:

“The gospel of grace begins and ends with forgiveness. And people write songs with titles like “Amazing grace” for one reason. Grace is the only force in the universe powerful enough to break the chains that enslave generations. Grace alone melts ungrace.”

“Breaking the cycle of ungrace means taking the initiative. Instead of waiting for the neighbor to make the first move [person] must do so, defying the natural law of retribution and fairness.”

He than offers another approach: leaving it to God “Do not take revenge, my friends, but leave room for God’s wrath for it’s written “It’s mine to avenge; I will repay” but then we worry that God will not repay, that ‘he’ will forget, or forgive. But at least, the burden of judgement is lifted from us. “Though wrong does not disappear when I forgive, it loses it’s grip on me” And he continues:

“I never find forgiveness easy, and rarely do I find it completely satisfying. Nagging injustices remain, and the wounds still cause pain. I have to approach God again and again, yielding to him the residue of what I thought I had committed to him long ago. I do so because the gospels make clear the connection: God forgives my debts as i forgive my debtors. The reverse is also true: Only by living the the stream of God’s grace will I find the strength to respond with grace towards others.  A cease-fire between human beings depends upon a cease-fire with God”

Did Your Dream come True? Don’t Sabotage it! (overcoming the cognitive dissonance)

The purpose of Limiting Beliefs: Protection.

Conversations: From a Stressed to Fulfilled Dad with Warrior energy