Limiting Beliefs. Where do they come from? Why it’s so hard to change?

In this post: how do we know we have limiting beliefs? Are we conscious of them? How do they affect us? How do we adopt them? Why it’s so hard to change? First step to transformation. 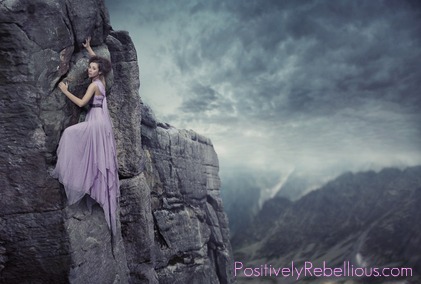 How do you know you have a limiting belief?

“One doesn’t discover new lands without consenting to lose sight of the shore for a very long time.”  – Andre Gide

How does it look in practice? The drawing to the right, I 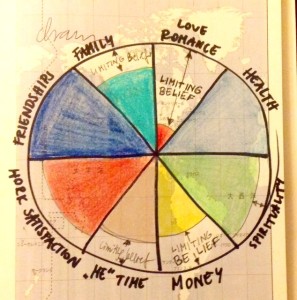 just quickly drew, shows a primitive, life coaching tool: “a pie” representing “all” areas of life. It’s for a person we’ll call Amanda. The colored area show how satisfied Amanda is with the particular part of life. The empty space between the color and the edge of the circle represents “the possibility” (and likely: a limiting belief, a limiting concept of herself)

Sometimes the empty area is fine- Amanda doesn’t care about it that much neither she is ready to put work into it. But mostly the empty field shows dissatisfaction. She thinks about it sometimes but she believes she can’t have it, doesn’t deserve it.

The areas of love and money probably hold the strongest limiting beliefs.

“But these are not limiting beliefs, this a reality…”– Amanda would say (just like any of us would, at some point..) “There are no men in town who are ready to commit” she says. “AND all my friends are married.. I don’t know.. is there something wrong with me?” In few sentences already 3 limiting beliefs and likely there are more.

We are aware of our beliefs to a different degree. Some of them are conscious – we created them by thinking the same thoughts over and over.  They are part of our daily inner dialogue, our excuses and rationalizations. We don’t even think of them as “beliefs”; they are “a reality” to us.

Other beliefs are subconscious – we usually become aware of them, verbalize them when something big happens to us and we need to rearrange our thinking to match the reality. We suddenly become aware that we were wrong. Or we discover those beliefs during deep inner work with a hypnotherapist, when we bring our subconscious mind to the surface of awareness, during muscle testing, reiki, energy work with a gifted practitioner, subconscious intervention or past life regression.

How do we adopt limiting beliefs?

Where are the beliefs stored?

You may be familiar with the work of Christiane Northrup, M.D. “Women’s bodies, women’s wisdom”, Bruce Lipton “The biology of belief”, or Carolyn Myss “Anatomy of the Spirit”, “Why people don’t heal and how they can” to mention just a few. Each of them talks about how our beliefs affect us on the cellular level.  If nothing else this is the reason we should work on changing them to healthy beliefs.

Why it’s so hard to change our thoughts and beliefs?

1) Beliefs are not always based on facts, and still, they are the hardest thing to change in a person. The thought- that become our belief- is repeated so often, it creates a specific “groove,” or pathway, in the brain. We create habits of thinking in certain way. We follow those beliefs and expectations by taking actions  – it gives us what we expect because we don’t believe other possibilities. To call ourselves truly “free” – we need to be able to change the thinking patterns.

It is as hard to change the (limiting) beliefs as it is to change a habit. In the beginning it hurts and then it gets easier until you can’t live without the new habit, new way of thinking. Similarly, it is hard for the body to adjust to something healthy. If a body cell got used to harmful substances, it’s going to initially reject  for some time what is good for it.

2) Rosabeth Moss Kanter, a professor at Harvard Business School, writes about reasons people resist change.  She refers to the business world, but we can see the same challenges in changing our limiting beliefs. When you start making changes you are afraid of:

1. Loss of control  (see above quote: lose sight of a shore for some time!)

3. Possibility of unwelcome surprise (you change beliefs and don’t want to be disappointed: what if that won’t work? “You will pick yourself up, dust yourself off and start all over again”

4. Loss of face- by changing you will admit that you were “wrong” last time. But you wouldn’t  allow your ego or opinions of others to keep you stuck, would you?

5. More work – thinking is work! That’s why you may notice most people just recycle lifestyles and information.

6. Ripple effect – when you change limiting beliefs they will have an effect on how you act, dress, how you raise your children – we want those ripple effects to be positive.

7. The ghosts of the past : as soon as you make a decision to… let’s say date only sober, responsible men- there will be bunch of… the irresponsible ones showing up to date you. They will be very handsome and have a lot to convince you: this is the Universe testing your commitment to your new decision to belief you deserve better. The ghosts may also show up in the form of your own inner doubts and struggles.

3) We are resistant to change by nature:

All truth passes through three stages. First, it is ridiculed. Second, it is violently opposed. Third, it is accepted as being self-evident. Arthur Schopenhauer

Even with new, empowering beliefs you will go thru the same cycle: you won’t believe them, they won’t sound natural to you (economy, age, “who am I to…” limitations)  You will doubt them.  You will struggle with them. Eventually: you will accept them as your second nature.

The first steps to transformation

1. Recognize you are limiting yourself with your thoughts. And thoughts can be changed.

2. Accept you adopted that limiting belief in the past and your life is now a result of that belief.

2. Make a decision to change the limiting belief with an empowering one.

3. Take ACTION based on the new idea. Test the ground.

What is your one biggest take  from this article? What limiting belief are you ready to transform?

Your BELIEFS will increase or drain your ENERGY