Take a Break From Your Creative Anxiety 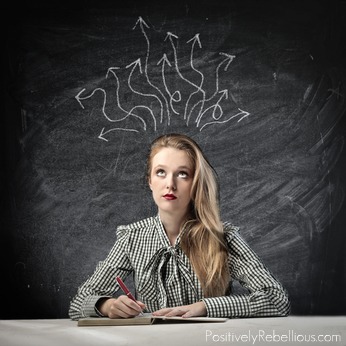 The following is an essay of shameless name-dropping…

Things are not easy for the artists and creatives…  On one hand, we are flooded by brilliant ideas, usually in a shower, but we can’t take action on them, because we are covered in soap. At other times you are paralyzed by self-doubts, perfectionism, and the fear of rejection, totally uninspired.

What a better way to do release this anxiety than to see, you are not alone?

Take a short break from pushing through the blocks. Entertain yourself with the mini stories of famous artists. You will realize: you are not alone in your creative anxiety. This is a part of this life.

The stories come from a delightful book that describes artists’, writers’, composers’ rituals around their work. The conclusion of the book is: there are no rules, one person’s ritual would not work for another, yet some actions repeat themselves among a great number of artists.

The book called “Daily Rituals. How artists work” written by Mason Currey, describes 161 minds, and it’s very fun to read. Below are the mini stories, and if this is not enough, get the book.

“It was an uncluttered kind of life, a simplicity deliberately constructed so that she could do her work.”

Patricia Highsmith could write up to 2000 words on a good day. She had to make the act of writing as pleasurable as possible, in her own way… She would sit in her bed surrounded by cigarettes, ashtrays, coffee, doughnut and had to have a drink just before writing to reduce her energy level, often drinking as soon as she woke up. Patricia loved snails. She once showed up at a party with a head of a lettuce in her handbag with hundred of snails – her companions for the evening…

Ingrid Bergman reminds us that anything worthwhile, good art, good film, require an enormous investment of time… “eight hours of hard work each day to get 3 minutes of film.” But it’s necessary to create:

“I have been working all the time. It’s like a flood going thru the landscape of your soul. […] If I hadn’t been at work all the time, I would have been a lunatic.”

Though many writers need a space where nobody can disturb them, Jane Austen, had almost no privacy in her most productive time, and wrote in the family living room with all kinds of distractions. In addition she had to keep her writing unnoticed by servants and frequent visitors, so she wrote on small sheets of paper that could be easily hidden.

Gertrude Stein was mostly inspired by rocks and cows. After driving around and coming upon a good spot, Stein would get comfortable on a campstool while her partner, Miss Toklas, would switch a cow into Stein’s line of vision. Stein wrote only for 15-30 min a day. And sometimes she would only sit there looking at the cows…

Maya Angelou could not write at home. It was too pretty and she needed simple depersonalized motel rooms. Her motel room had a dictionary, bible and bottle of sherry. She worked there daily and enjoyed pushing herself to the limits of her ability. She had to be the best.

Woody Allen has few tricks he uses when he gets stuck. “Any momentary change creates a fresh burst of mental energy.” It can be as simple as going from one room to another, going out for a walk, getting into shower. Woody Allen wastes a lot of hot water figuring out details of a story.

Chopin’s work seems rather mysterious and painful as described by George Sand. “His creation was spontaneous and miraculous. He found it without seeking it, without foreseeing it. […] But then began the most heart- rending labour I ever saw. […] He shut himself up in his room for whole days, weeping, walking, breaking pens. […] He spent six weeks over a single page, to write it at last as he had noted it down at the very first.”

It is amazing how productivity of various writers differ. Anthony Trollope produced 47 novels and 16 other books (he’d maintained that in 10 months he is able to write 3 novels, 3 volumes each). Compare him to Flaubert who took 5 years to write “Madame Bovary”, going over pages and sentences sometimes 100 times, until they were just right…

Vladimir Nabokov  started the first draft of “Lolita” on a road trip across America, working nights in the backseat of his parked car – “the only place in the country, he said, with no noise and no drafts.”

Edith Sitwell supposedly lay every morning in a coffin to inspire her macabre fiction. The legend is probably false, but she often wrote in bed, believing that every woman should spend at least one day a week in bed. When she was truly preoccupied with writing and worked from morning hours till afternoon, she was so tired that all she could do was to “lie on her bed with her mouth open.”

General rules of the famous creatives:

So what can we do? Could all the substances truly be helpful or were they just serving as a distraction from the pain of writing?

These days we can support ourselves in many healthy ways, but the routines of work, managing interruptions and seeking inspiration – is completely open to our imagination. Hopefully you won’t be afraid to be a bit bizarre, and brave in setting the boundaries around your time.

Do you keep whisky by your bed? Do you have snails in your purse or use a ritual that works? What do you need to change or add to your daily schedule to make the most our of your day?

Let’s talk about it in the comments below

Can’t wait to write more soon on the subject!

How creatives avoid making impact, don’t listen to their Soul, and how to change it.

Procrastinator’s drama and the secret to getting it done [video]