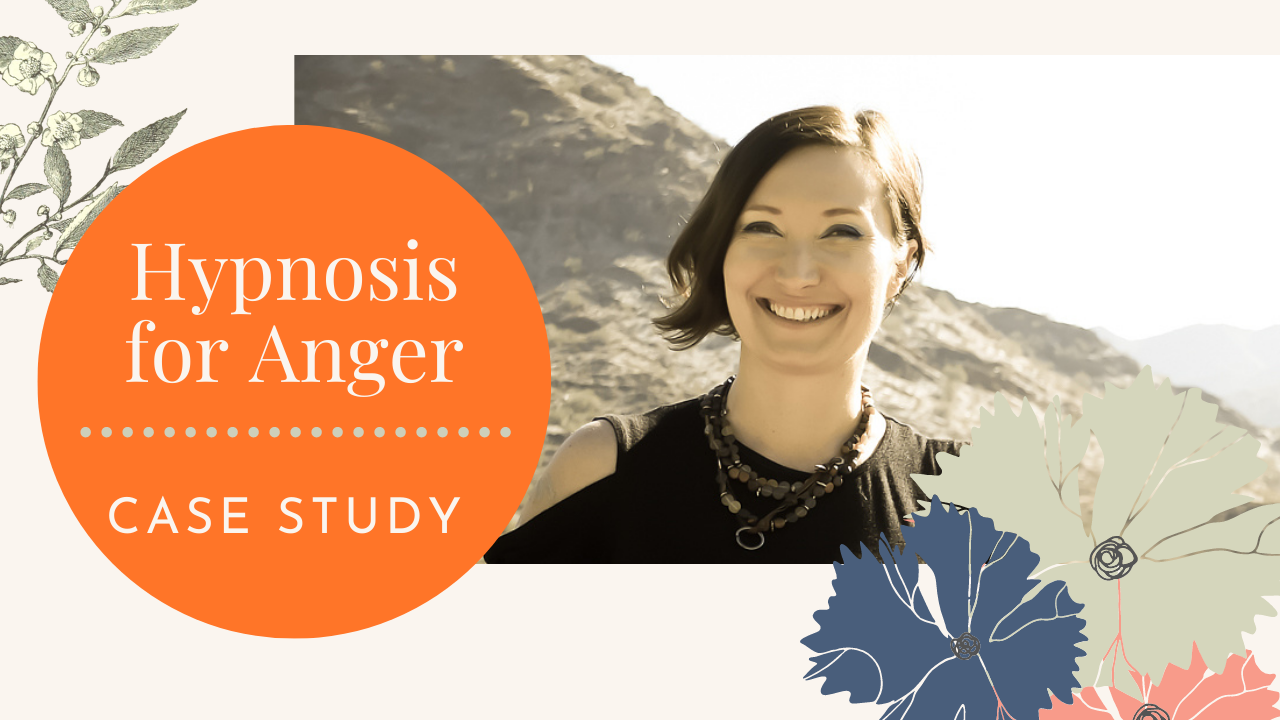 A lot of  people are landing on my website because of few blogs I wrote years ago, on releasing the suppressed anger.  But to read a blog is one thing. To do the work is another. Anger is a powerful emotion. Interestingly, it often erupts because we feel powerless. Here is what we did with this particular client.

The initial consultation.  In the phone consult and in the talk before the actual hypnosis, I found stories of boundaries violation, fear, hurt, survival, stress. I also searched for strong positive qualities to support this change.

What was beneficial: he had deep awareness of himself, awareness of his thoughts and emotions. He had deep emotional connections with important people in his life. Strengths: He was loyal, compassionate, positive, which together with his strong leader archetype could only support the change.

My goal was to create:  Deep relaxation fo the whole system. Slow down the mind.  Create awareness of his reactions, in three different situations in life, so he could see himself as if through a magnifying glass. Create space (rehearsal space) for his mind to find new ways  to respond, new pathways. And to leave behind the old reactions.

Then, I walked him thru the peace process, to help him to process the undesirable emotional response. I believe we get ourselves addicted to certain emotions, as if there were receptors in the system for certain emotions. I wanted to retrain the receptors and  create a path for a different, useful emotion and response.

Results after the first session: immediate: “I saw myself doing this and this… acting like a monkey and I don’t want to be that person! ” Next week Client reported he spent a week with his visiting father, and that “it was the best time I have ever had with my father”  Father also opened up to him supporting his decision and to get all the help he can.

In the second session we did  a) Cellular Cleansing – for the negative memories that taught him to react with anger – to be cleared. The body holds the memories and the answers.If the trigger is no longer here but the reaction is – the emotions need to be processed. This may need to be repeated every time releasing another part of the past if it’s useful.

b) Connection with his goal . We expanded his awareness, again to see the connection between his behavior and other people’s reactions. Since he wants others to feel and do certain things – and his current nature doesn’t support it – we worked backwards from the goal to his behavior. He got plenty of time to rehears the new ways of being.

This lasted about 45 min. Plus the conversation after.

Results after the second session – client emailed describing how he handled a  very stressful situation with lawyers. He was very aware of himself and the others during this exchange. He was able to maintain his ground and control his emotions to convey his points in a calm and powerful way. He won the argument and managed it in a way favorable for his company. “It still wasn’t ideal but a definite improvement.”

What this example taught me:

We often need to reach to the past to find:

Mindfulness / awareness / self awareness – about the past or the present – are helping us to create new, desirable future.

If you are not ready for in person work you may instead check out this great article from ChoosingTherapy.com, which covers it all !

If you struggle with your emotional responses and need help, one 30 min free consult will show you, if this is fo you  https://calendly.com/jopr

Can past life regression assist in our spiritual growth?

We choose every day between these two types of discomfort